An afternoon with the brats

A couple months ago, my mom sent me a link to the trailer for an upcoming documentary about military children: Brats: Our Journey Home. This remarkable film was produced by Donna Musil, an Army brat whose father was a JAG officer here at Fort Knox back in the 1970s. They had a showing today downtown in Elizabethtown, so Fred and I went and took the kids.

The film was a little late starting due to technical difficulties, but once it started it proved to be well worth the wait. Kris Kristofferson (Air Force brat) narrated the film and provided the music, and General Norman Schwarzkopf spoke at length about his experiences as both an Army brat and the parent of brats. The film also offered snippets of interviews with lots of other adults who had grown up as military brats.

I was concerned that perhaps the filmmaker would take an overly sentimental approach to the subject matter, but those concerns proved to be unfounded. If there was one overall message that I took away from the film, it was that the unique experience of being a military brat can be both challenging and empowering.

I'm still unraveling my thoughts on how the film did or did not apply to the experiences of our own brats. We talked about it some in the car on the way home, but it is a little hard for them to really grasp how different their experience is from that of the average American kid by virtue of their affiliation with the military. For one thing, since we have lived on post for the past 4 years, they are surrounded by others who share the experience, which probably renders it more normal. For another thing, the film dealt with the childhood memories of adults who grew up in a military where the military member was automatically the father and where the behavior of the wife and children had a direct impact on the success of his career. Just like my childhood in the 1970s is markedly different from that of a child growing up today, so too is the experience of today's military brat different in many ways from those who grew up in military families of earlier times.

Overall though, I was so impressed by the film that I bought a copy of the DVD. I would love to share it with some of my friends here at Ft. Knox and can't wait to watch it with my family in Florida this summer. If anybody else is interested in borrowing it, just let me know!

I think being a military brat is one of the strangest and most interesting ways to spend an American childhood. The military brats of America are an invisible, unorganized tribe, a federation of brothers and sisters bound by common experience, by our uniformed fathers, by the movement of families being rotated through the American mainland and to military posts in foreign lands. We are an undiscovered nation living invisibly in the body politic of this country. There are millions of us scattered throughout America, but we have no special markings or passwords to identify each other when we move into a common field of vision. We grew up strangers to ourselves. We passed through our military childhoods unremembered. We were transients, billboards to be changed, body temperatures occupying school desks for a short time. We came and went like rented furniture, serviceable when you needed it, but unremarked upon after it was gone. -- Pat Conroy, in the introduction to Mary Edwards Wertsch's Military Brats: Legacies of Childhood Inside the Fortress 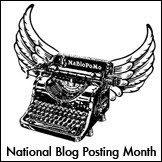